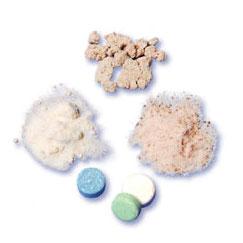 Speed is a drug that is manufactured and usually appears as a white crystal type power.

Amphetamines were developed in the USA in the 1920s and by the 1960s were being used by doctors throughout the world to a raft of things like depression and most often were used as an aid to dieting. Today drugs from this family are still prescribed, but with far greater control and for fewer diseases.

Speed is a stimulant. It causes your body to release adrenaline and noradrenaline. These substances are what we use when we are faced with a fight or flight situation. They also cause an increase in the chemical dopamine.

There are many things that contribute to the effect of the drug on a person - like the person's mood, the amount of speed that is taken, the purity of the drug and also the way in which it is taken.

Often speed is cut with other compounds - this means that it is hard to know exactly what could happen.

Basically amphetamine type drugs speed up the functions of the central nervous systems. People find that their breathing increases along with their heart rate. This removes the need to sleep and also causes them to loose their appetite. They often have heart palpitations and show signs of been anxious and nervous, and with these comes a feeling of been extremely alert and of having increased energy.

In higher doses these effects are more intense and are often accompanied with sweating, headaches, feeling dizzy and having a rapid or irregular heartbeat. In some cases we see people become very hostile and aggressive.

These drugs are not easy to breakdown in our bodies.  To absorb all of the drug into our system can take up to 2 hours. There is also the come down from speed, mostly known as the speed crash. This shows as sever exhaustion and a strong feeling of nausea (feeling the need to vomit). The use of speed over a prolonged period can cause people to experience serious problems. The most serious damage is done to the brain. A person who takes high doses over a prolonged period can develop lesions on the brain.

Also people who have been using over a period of time develop psychosis. This is indistinguishable from things like schizophrenia and may manifest as hallucinations, paranoia, delusions and hearing voices. This psychosis is caused by the way the drug drains the dopamine from the brain. These effects mostly end once the chemical has cleared the body. Other effects seen with long-term use include people becoming malnourished and having lesser resistance to infection.  Also some people show emotional disturbance and a tendency towards aggression and rage. If you are injecting speed, please visit the safe injecting page and the filtering page.

Like with many chemicals that people choose to use, people who use speed over a period of time develop a tolerance.  This means is that you need more of the drug to get the same effect. People also find that they need to use more often to maintain the high. After a period of time, which differs for everyone, some people find that they can no longer cope without taking the drug. They have a strong compulsion to use speed and it becomes the focus of their day. If they are deprived, or are unable to get some, then they become extremely agitated and find that their bodies start to show signs of withdrawal

This is what a person who has been using speed for some time goes through, if they suddenly stop taking the drug. Its symptoms include, fatigue, hunger, deep depression, disturbed sleep, they become very irritable, and show agitation and appear to be extremely anxious.

Simply - Yes! Speed poisoning can cause the brain to haemorrhage, and can cause heart attack; people may experience a high fever or drop into a coma and in extreme circumstances die.

If a person  is experiencing heart palpitations, shows shortness of breath, is wheezing, fitting, has a severe headache, blurred vision or collapses after they have used speed, call for an ambulance! Once the ambulance crew is there make sure you tell them what the person has taken, as this effects how they are to be treated and what drugs can be used.

Most speed related deaths are not  a direct result of the drug, but rather are due to the person having and accident while they are using speed. When speed is combined with alcohol, people tend to feel less drunk than they are. This increases the risk of accidents, unsafe sex, and the chance of experimenting with other drugs or risky behaviours.

HOW DO YOU DETOX?

Detoxing your body takes about 3 to 4 days in which time you may experience paranoia, psychosis, anxiety, panic attacks, exhaustion and a strong desire to sleep for long periods. You can detox yourself at home but unless you have strong support, this is often not advised due to the fact that people are prone to paranoia and out bursts of rage. But should you want to get off speed then we suggest you contact your nearest Needle Exchange, we dont offer a detox service but we can refer you to the right people/ service.

Thank you for your message, we will be in touch shortly.