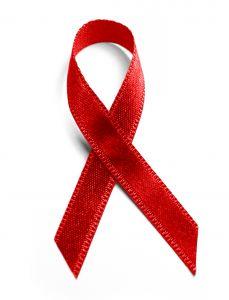 What is HIV and What is AIDS?

HIV is short for Human Immunodeficiency Virus, which infects cells of the human immune system. These cells then die and the immune system is weakened. Eventually the person develops illnesses which ordinarily would be prevented by a healthy immune system. A person who develops these illnesses is said to have AIDS Acquired immune deficiency syndrome. Approximately 16,000 people become infected with HIV every day and there are currently 35 million people infected with the HIV virus in the world.

The HIV pandemic is thought to have it's origins in Africa in the 1950's, where it was thought that an immune deficiency virus common amongst African apes had become established amongst humans. The earliest evidence of HIV infection amongst humans was in a blood sample collected in Zaire in 1959, which was frozen and on testing in 1986 found to be from an infected person.

It was not until 1981 that reports of AIDS symptoms amongst gay men in America became more frequent that research was initiated which led to the virus being discovered in 1983. As a result of this an antibody test was developed in 1985 to allow diagnosis of infection. By 1987, early trials of treatments revealed that AZT (zidovudine) was shown to slow the progress of the disease.

By 1990, more than 10 million people were infected with the virus and the rate of spread accelerated to infect more than 24 million people by 1996. By that time newer treatments called protease inhibitors, in combination with other drugs had been shown to reduce HIV and stimulate the body's response to
the virus.

There is currently no medical cure for HIV or AIDS, therefore the only way to prevent the spread of HIV is to protect yourself from becoming infected.

How is HIV Spread?

The virus is spread by contact with the blood, semen or vaginal fluids of someone who is already infected. HIV is a fragile virus and cannot survive outside the body for very long.

You cannot become infected with HIV by normal day-to-day contact with infected people.

Since many people may not know whether they have HIV since they have not been tested then it is a wiser strategy to assume people are infected and always use condoms for sex and never share needles if you are injecting drugs .

What do I do if I think I may be infected?
The only way to know for sure whether you have become infected with HIV is to be tested. A blood test is used to look for antibodies to the virus. The tests have become increasingly reliable and are very accurate.

However, if you think you have become infected recently then an antibody test may not be accurate since it can take up to 3 months for your body to produce enough antibodies to give an accurate result.

If you are worried that you may have become infected see your local GP or Sexual Health Service or your nearest AIDS foundation Centre and get tested,

It is free and confidential.Some people avoid being tested since they don't feel that they would be able to cope with a positive result. However, the benefit to being tested is that if you are infected then you can significantly increase both the quality and duration of your life by some modification of your lifestyle and access to the latest treatments.These are free and confidential.

Additionally, if you are infected, knowing your HIV status can allow you to protect your friends and loved ones from becoming infected.

HOW DOES DRUG USE RELATE TO HIV?

Drug use is a major factor in the spread of HIV infection. Shared equipment for injecting drugs can carry HIV and hepatitis, and drug use is linked with unsafe sexual activity.

Infected blood can be drawn up into a syringe and then get injected along with the drug by the next user of the syringe. This is the easiest way to transmit HIV during drug use because infected blood goes directly into your bloodstream.

Even small amounts of blood on cookers, filters, tourniquets, or in rinse water can be enough to infect another user. Blood on your hands - even small amounts - can also be dangerous when you help someone else find a vein, steady their arm, or when you pass equipment.

To reduce the risk of HIV and hepatitis infection, never share any equipment used with injection drugs, and keep washing your hands. Carefully clean your cookers and any surface used to prepare your drugs. Always wipe the site you will use for injecting with an alcohol swab.

It is at NO time safe to reuse fits

DRUG USE AND UNSAFE SEX

For a lot of people, drugs and sex go together. Drug users might trade sex for drugs. Some people think that sexual activity is more enjoyable when they are using drugs.

Drug use, including alcohol, increases the chance that people will not protect themselves during sexual activity. Someone who is trading sex for drugs might find it difficult to set limits on what they are willing to do. Anyone using drugs is less likely to remember about using protection, or to care about it. The ONLY thing left to say here is, condoms can save your LIFE.

It is very important to take every dose of anti-HIV medications. People who are not adherent (miss doses) are more likely to have higher levels of HIV in their blood, and to develop resistance to their medications. Drug use is linked with poor adherence, which can lead to treatment failure.

Drug use is a major cause of new HIV infections. Shared equipment can spread HIV, hepatitis and other diseases. Recreational drug use, including alcohol, can contribute to unsafe sexual activities by lowering your inhibitions thus increasing the risk.

To protect yourself from infection, never re-use any equipment for injecting drugs. In some communities, needle exchange programs provide free, new syringes. These programs reduce the rate of new HIV infections.

Remember that re-using your own syringe could still be risky as dampness inside the  syringe is a great environment for bacteria , causing cellulitis and blood poisoning.

Drug use can lead to missed doses of anti-HIV medications. This increases the chances of treatment failure and resistance to medications.

Mixing recreational drugs and anti-HIV medications can be dangerous. Drug interactions can cause serious side effects or dangerous overdoses.

To beat this disease we need to be safe, and the best way we can be safe is by practicing safe using methods. You guys know the message, you've heard it before, but just in case...

It's as simple as that.

ONLY WHEN YOU PUT THEM ON! 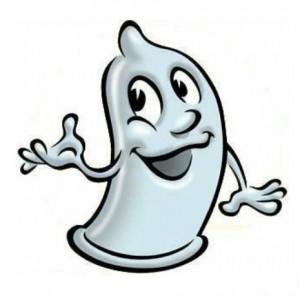 TO FIND OUT MORE:www.nzaf.org.nz/
© 2023 The Rodger Wright Centre | Website by eDIY