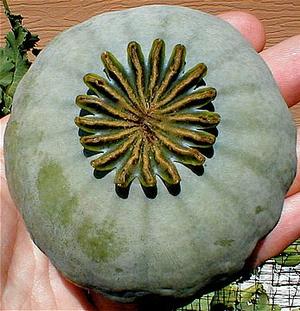 There is a whole raft of drugs that may come under this group. We are planning on only covering the main ones. Should you want data on ones we haven't mentioned please email us and we will only be too pleased to assist you.

Heroin is processed from morphine, a naturally occurring substance extracted from the seedpod of the Asian poppy plant. Heroin usually appears as a white or brown powder. Street names for heroin include "smack", "H", "skag", and "junk". Other names may refer to types of heroin produced in a specific geographical area, such as "Mexican black tar".


The short-term effects of heroin use appear soon after a single dose and disappear in a few hours. After an injection of heroin, the user experiences a surge of euphoria ("rush") accompanied by a warm flushing of the skin, a dry mouth, and heavy extremities. Following this initial euphoria, the user goes "on the nod," an alternately wakeful and drowsy state.

'Homebake' is a phenomenon that appears to be limited to Australia and New Zealand . It refers to the practice of using home chemistry to remove codeine from 'over the counter' and 'prescription only' drugs, and subsequently converting the codeine to morphine

It seems to have arisen as a response to a lack of heroin in Australasia in the early 1980s,

'Homebake' also sells more cheaply than alternatives such as heroin, which has helped to maintain its presence in  Australasia drug scene. The lack of consistency and precision inherent in a home-produced drug means that the strength is often uncertain and many of the agents or by-products of manufacture are left in the finished product. These agents, such as chloroform, pyridine, hydrochloric acid and acetic acid may cause significant damage.

The use of homebake seems to be closely associated with localised injection related damage, such as skin rashes and abscesses.