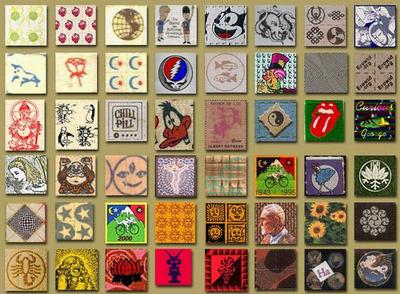 LSD is a powerful hallucinogenic drug which usually comes either in the form of small pills (microdots), or as "tabs" of impregnated paper. Only a very small amount of the LSD is necessary for the drug to have its effect (usually called a trip), nevertheless it is difficult to gauge how intense the experience will be as strength varies from batch to batch and the drug's effects differ from person to person.

What are the effects?

The effects of LSD (THE TRIP) can last anything between 5 and 24 hours, although 6 to 12 is most usual. LSD powerfully changes perceptions. Familiar objects and people may at one moment appear inexplicably funny, in another frightening. Sense of time can become distorted, music can be heard more acutely and strange patterns seen, although it is rare to have true hallucinations. LSD use is often an intense experience, the effects are to some degree dependent on the mood of the person taking it and the surroundings in which it is taken. Sensations are intensified and therefore if there is any doubt or anxiety in the mind of the user about taking LSD it is likely that this anxiety will be magnified and the user will have an unpleasant experience. In the same way, the social setting in which LSD is taken can affect the experience, and users should be careful that they feel totally comfortable with their environment.

Once LSD has been taken, the user will have to cope with the effects. There is nothing that can be given to get rid of the effects quickly.
The problems associated with the use of LSD are mainly psychological. Serious anxiety problems can occur. For some vulnerable individuals it may precipitate a more serious psychological problem, but this is usually as a result of LSD aggravating an existing problem rather than creating a new one. "Flashbacks" may occur a few days, or more rarely weeks, after the LSD was taken. They are probably best described as sudden intense memories. They are rarely frightening and usually pass quickly.

A bad experience with LSD (bad trip) is not entirely predictable. Someone who is having a bad trip should be reassured that they will not die and that they are not going mad. They should be placed in a soothing environment and a friend should stay with them. If you feel anxious, depressed or suffer from mental health problems, taking LSD is likely to be an unpleasant experience.

LSD is a hallucinogenic drug and therefore changes the way the mind perceives things. The effects of LSD are felt about half an hour after consuming the drug and peaks after two to six hours, fading after twelve hours, depending upon the amount consumed. Experiences vary depending upon the individual and the dose and are difficult to describe because of their often huge variance to the ways we are used to seeing and understanding the world.

Users often report visual effects of intensified colours, distorted images and movement in stationary objects. Distortions of hearing occur as well as changes in the users' sense of time and place. The user generally realises the unreal nature of these effects and true hallucinations are fairly rare. Once the 'trip' has started, it is not possible to stop it or control it. If the user is unstable, anxious or depressed then he or she may experience an unpleasant reaction, for example the user's emotional state may be exaggerated; the user may feel dizzy and disorientated and can experience a short-lived psychotic episode including hallucinations and paranoia. A user may experience 'good' and 'bad' trips and sometimes both within the same trip.

Deaths due to LSD are very rare, although accidents are more likely to happen while users are hallucinating.

LSD produces some tolerance, so some users who take the drug repeatedly need to take progressively higher doses to achieve the same effects. This is an extremely dangerous practice, given the unpredictability of the drug. Tolerance to LSD is very easily avoided by limiting trip sessions. This also ensures that the trip experience remains potent.

It is possible for adverse psychological reactions to occur after one trip but is more common in regular users. Although prolonged serious psychological problems are rare, some have been reported. Users may manifest long-lasting psychoses, such as schizophrenia or severe depression. It is difficult to determine the extent and mechanism of the LSD involvement in these illnesses. They usually occur in people with existing or latent mental illness, there is no conclusive evidence to state that LSD actually causes mental illness.

A substantial amount of LSD users report short-lived, vivid re-experiences of part of a previous trip (flashback), especially after frequent use. This tends to leave the person feeling disorientated, anxious and distressed (although recognising and understanding this phenomenon will reduce, if not eliminate any stress factor involved) but is rarely dangerous.