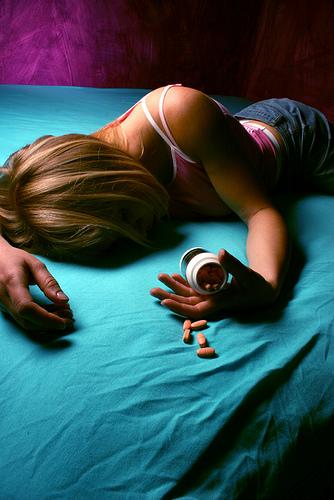 EVERYTHING YOU NEED TO KNOW

Most overdoses happen when opiates are used with alcohol and benzos. Opiates, alcohol and benzos all slow the body down. Combining these drugs increases the risk of overdosing, (dont use pills or alcohol before your shot).

80% of people who die from overdose are experienced and regular users. Listen to your body, if you are run down or have had little sleep you may be at risk of overdose from a shot you can normally handle.

In most ODs death takes up to one hour. If an ambulance is called a person who has dropped has a good chance of survival. Paramedics are only interested in saving peoples lives and wont call police. However, never admit an OD has happened when on the phone to emergency services, police monitor incoming calls and if they know an OD has occurred they may well turn up. Simply state that the person has collapsed and has stopped breathing.

While it is possible to obtain a degree of certainty of strength with mistys, the quality of home bake can vary greatly from one day to another. Overdoses are more common when Home Bake is used. Be careful, take less if you are unsure. You can always top up if the result is unsatisfactory. Dont be greedy, better to take a little extra time than end up in the morgue.

If you drop when you are with other people they can get you help.

If someone drops it is better to leave them to SLEEP IT OFF.

Hitting someone up with water or salty water will bring them around if they have dropped.

It only wastes time that could be spent putting them in the recovery position and calling for an Ambulance.

This idea may have come from people seeing doctors administer a Saline drip (salt water), this is to keep the veins open so medication can be administered.

The salt does not affect the overdose at all.

If someone drops you should put them in a cold bath or shower.

Water is one of the quickest ways to lower a persons body temp. If you put someone in a shower or bath you could send them into shock by changing their body temp too quickly. They could also drown accidentally. All this action will achieve is a waste of what little time you have to get the person proper medical treatment .

If someone who drops doesnt respond, walking them around will bring them back.

If someone hasnt responded to your attempts to bring them around forcing them to walk will again only waste what little time you have to get them proper medical treatment.

The effects of Narcan are only temporary. After half an hour Narcan will begin to wear off very fast and having another shot could make you drop again. In fact even if you dont have another shot you are still at risk of dropping again. Opiates are longer acting than Narcan. If you end up in hospital dont check out immediately stay and allow the health professionals to do their job, keep you alive. It is important to realise also that Narcan only works on opiates, not benzos or alcohol. If you have taken a drug cocktail you will still be out of it on the other stuff and need to be looked after.

It is only new users who OD.

Research shows that a first OD usually happens after a person has been using for around two years.

Suicide is the most common reason people OD.

Research on this issue shows that most ODs are accidental.

Its contaminants in the dope that cause ODs.

Research shows that contaminants are rarely, if ever found in samples of street drugs.

Thank you for your message, we will be in touch shortly.