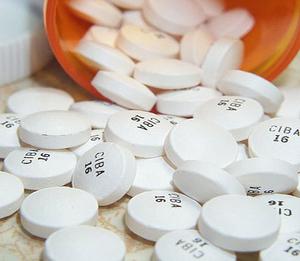 Ritalin, is the trade name for methylphenidate, it is a medication prescribed for children with an abnormally high level of activity or with attention-deficit hyperactivity disorder (ADHD) and is also occasionally prescribed for treating narcolepsy. It stimulates the central nervous system, with effects similar to but less potent than amphetamines and more potent than caffeine. Ritalin has a notably calming effect on hyperactive children and a 'focusing' effect on those with ADHD. When taken as prescribed, Ritalin is a valuable medicine. Further, research funded by the National Institute of Mental Health has shown that people with ADHD do not get addicted to their stimulant medications at treatment dosages. Because of its stimulant properties, however, in recent years there have been reports of its abuse by people for whom it is not a medication. These prescription tablets can create powerful stimulant effects and serious health risks when crushed and then snorted like cocaine, or injected like heroin.

Ritalin comes in a variety of shapes and sizes, in pill, tablet or capsule form.   www.erowid.org/    to source images.

Many non-medical users crush the tablets and either snort the resulting powder, or dissolve it in water for intravenous injection.

What are its short-term effects ?

Ritalin (methylphenidate) is a central nervous system stimulant, similar to amphetamines in the nature and duration of its effects. It is believed that it works by activating the brain stem arousal system and cortex. Pharmacologically, it works on the neurotransmitter dopamine, and in that respect resembles the stimulant characteristics of cocaine. Short-term effects can include nervousness and insomnia, loss of appetite, nausea and vomiting, dizziness, palpitations, headaches, changes in heart rate and blood pressure (usually elevation of both, but occasionally depression), skin rashes and itching, abdominal pain, weight loss, and digestive problems, toxic psychosis, psychotic episodes, drug dependence syndrome, and severe depression upon withdrawal. People with high blood pressure should not use this drug.

What are its long-term effects ?

High doses of stimulants may produce  set of symptoms that include loss of appetite (may cause serious malnutrition), tremors and muscle twitching, fevers, convulsions, and headaches (may be severe), irregular heartbeat and respirations (may be profound and life threatening), anxiety, restlessness, paranoia, hallucinations, and delusions, excessive repetition of movements and meaningless tasks, and formication (sensation of bugs or worms crawling under the skin).

What can I do to reduce the risks ?

No use is best use. If you choose to use Ritalin we recommend you talk to your local needle exchange to discuss harm reduction techniques regardung using this drug.  Use of a wheel filter is strongley reccomended when injecting Ritalin (ask your local needle exchange to what wheel filter size to use). The wheel filter will not reduce your drugs potency but will take out a great deal of the chalk,binders and wax that are commenly found in pills, tablets and capsules.